How to Buy and Sell Bitcoin in India

Let's look at how to buy and sell Bitcoins in India, as well as how to mine and trade them. In India, you may purchase a Bitcoin for as little as Rs 500.

Bitcoin may be buy and sell in India. Here's a simple guide if you're wondering "how?" Trading Bitcoin, the world's most popular cryptocurrency, is legal in India because there is no legislative provision prohibiting it. In a recent order, the Reserve Bank of India (RBI) stated that banks cannot refuse services to consumers who deal in cryptocurrencies.

Bitcoin may be purchased in India using online exchanges such as WazirX, Coinbase, and CoinDCX. Instead of a government institution, the crypto is issued by a network of computers.

Also Read: What is Bitcoin and how does it work? Bitcoin Price, How it work?

How to Buy and Sell Bitcoin in India, Is Bitcoin legal in India?

In India, trading in Bitcoin and other cryptocurrencies is now permitted. However, its future is in jeopardy. While Union Finance Minister Nirmala Sitharaman stated in March that cryptocurrencies will not be completely banned in the country, the Centre intends to introduce the 'Cryptocurrency and Regulation of Official Digital Currency Bill, 2021′. According to a Hindu source, the bill includes clauses that fully prohibit the use of all cryptocurrencies. Until then, buying and selling Bitcoins in India is risk-free.

How to Buy and Sell Bitcoin in India: What is Bitcoin?

For those who are unaware, Bitcoin is a virtual or digital currency that employs peer-to-peer technology and is not regulated by any government agency, such as the RBI in India or the Federal Reserve in the United States. As a result, unlike government-regulated currencies, Bitcoin is not backed by a central authority or banks.

The network of computers manages Bitcoin transactions and issuance cooperatively. "Bitcoin is open-source; its design is public, no one owns or controls Bitcoin, and anybody may participate," according to Bitcoin.org. Bitcoin has developed 13 years ago, and the identity of its creator or creators is still unknown.

Bitcoin cannot be physically held, but it may be used to purchase goods and services. It is saved on a smartphone or PC in a 'digital wallet' app. Every transaction is recorded in a public ledger known as the blockchain. Nonetheless, Bitcoin is not universally acknowledged, and some nations have outright banned it. Nonetheless, there is an increasing need for cryptocurrency. So far, about 90% of the available Bitcoins (21 million) have been discovered, with the remainder expected to be mined by the year 2140. The Bitcoin mining mechanism is designed in such a way that it becomes more difficult to mine as you approach the 21-million level.

Bitcoin may be obtained in India mostly through buying and mining. You can acquire it through a variety of online exchanges, including  WazirX, Coinbase, BuyUcoin, and CoinDCX. Choosing the finest online exchange is another task, but here are a few things to consider before purchasing cryptocurrency. 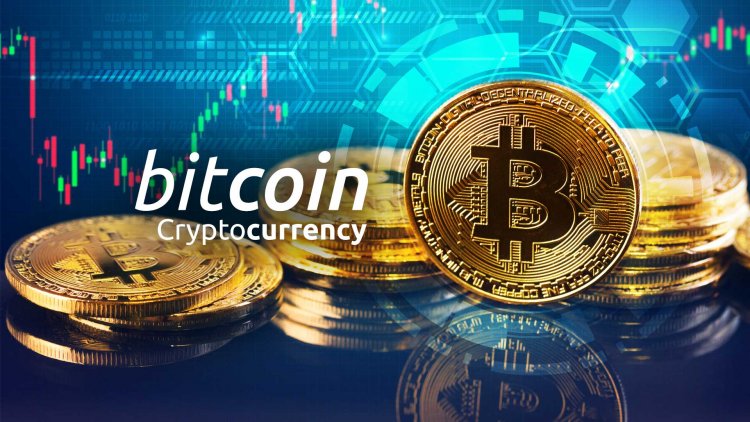 After the verification process is completed, you will be able to trade Bitcoin in India. Money can be sent from your bank accounts through NEFT, RTGS, and debit and credit cards. The current worth of one Bitcoin is over 31 lakh; however, you do not need to purchase an entire coin to begin investing. Bitcoin can be purchased in pieces, i.e. tiny purchases starting at Rs 500. As a result, you will possess a little portion of the cryptocurrency.

How to Buy and Sell Bitcoin in India: How to mine Bitcoin

You can mine Bitcoin by solving a complex mathematical equation and updating the cryptocurrency record known as Blockchain. It can only be done with a powerful computer. However, it is not as simple as it appears. The equation for Bitcoin mining is so complex that it is exhausting even on the most powerful PC.

Bitcoin mining has become increasingly challenging in recent years due to the virtual currency's growth and advances in processing power. As more people attempt to mine cryptocurrency, the equation has grown more complex, requiring more time to solve. 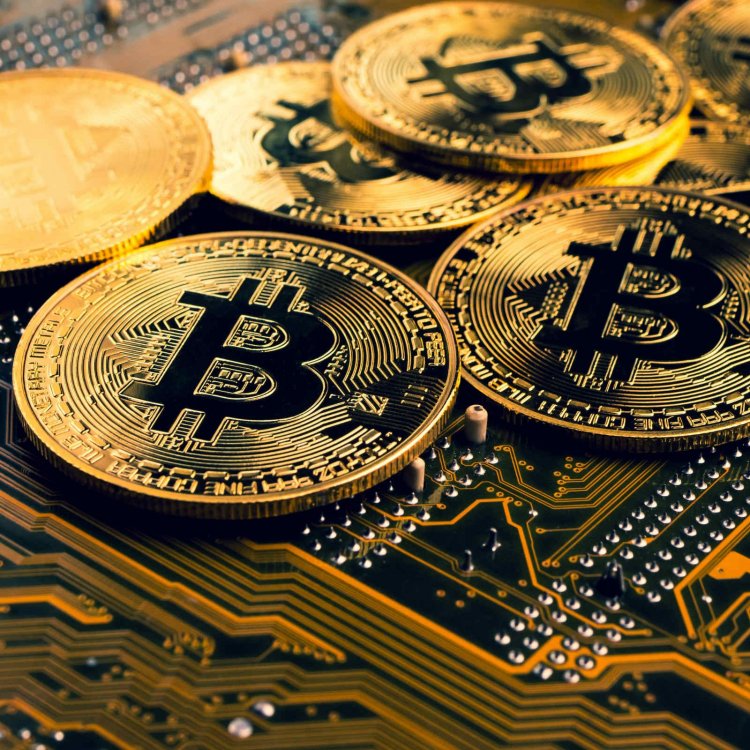 To mine Bitcoin, the miner must be the first to solve the equation and validate 1MB worth of Bitcoin transactions on the Blockchain, known as a 'block.' Furthermore, your mining machine decides which of the remaining outstanding transactions will be grouped together in the next block. The block you've constructed is then broadcast to the entire network for validation by other computers. Each computer confirms your solution and adds the transaction you choose to the next block to its copy of the transaction ledger. Following that, the system generates a little quantity of Bitcoins and compensates you for your efforts.

You can sell Bitcoin in India using the same platform you used to buy it or using peer-to-peer (P2P) exchanges such as LocalBitcoins. The latter enables you to sell currency straight to the user, without the involvement of a third party or intermediary. It also provides the seller more control over who buys your bitcoins and who you buy from, as well as the pricing and settlement time. The traditional online exchange, on the other hand, organises the transaction on your behalf while maintaining the highest level of confidentiality.

The seller is charged a small percentage of the crypto sale fee. The currency's value will be determined by the market's composition and demand. A Bitcoin can be purchased in whole or in parts. Furthermore, exchanges typically have daily and monthly withdrawal limits, which means that cash from a large-scale transaction may not be instantly available to the trader.

1. What is the smallest amount required to buy Bitcoins in India?

As of April 2022, the Bitcoin price in India is near INR 31 lakhs. The price shifts almost every second. You can buy a fraction of a Bitcoin, however, at prices as low as INR 100.

2. Is it legal in India to buy Bitcoins?

To date, no central authority in India has authorized or regulated Bitcoin. There are no fixed rules, restrictions, or guidelines for Bitcoin trading. As a result, it is not possible to say that buying Bitcoin in India is unlawful.

3. How can I ensure that my Bitcoin is kept safe?

4. What are the legal provisions for buying Bitcoin in India?

To start, you must complete the KYC process. You'll need your PAN card and legitimate address evidence for that. You are now eligible to invest in Bitcoin in India after linking your bank account to the exchange account and completing the verification process!

5. How Do I Create a Bitcoin Wallet?

The exchange platform you use will often supply you with a Bitcoin wallet to aid in the storage and sale of bitcoins. A wallet is immediately created when you sign in and create an account.

Google Pixel 6a serial production is said to have begun...

Fans and players of BGMI are outraged by the ban and removal... 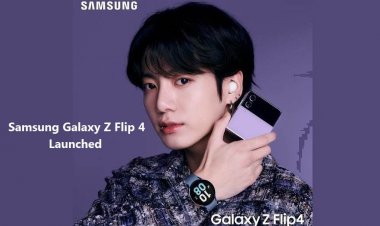 Let's take a look at the Samsung Galaxy Z Flip 4 price, specifications, and other... 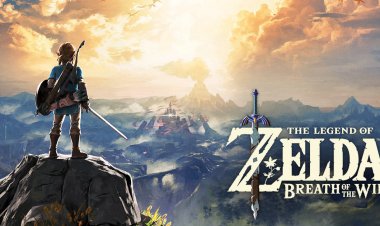 The Legend of Zelda: Breath of the Wild Review

The Legend of Zelda: Breath of the Wild full review here. 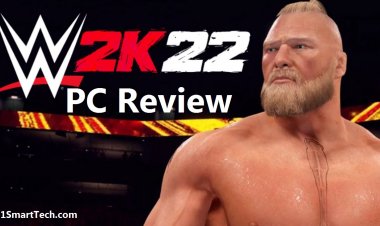 WWE 2K22 corrects the previous game's flaws, but is that enough? 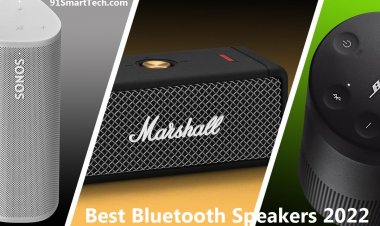 We chose speakers from JBL, Sony, Sonos, Boat, Realme, Xiaomi, and other brands.

With these high-quality Gaming Projector, you can enjoy gaming more than ever before.

Nothing Phone (1) Goes on Sale Today Via Flipkart: Availability,... 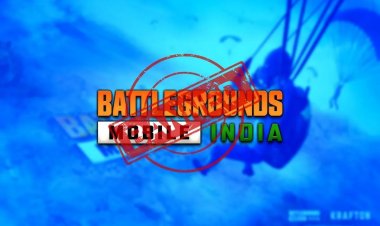 Following a government order, BGMI has been explicitly... 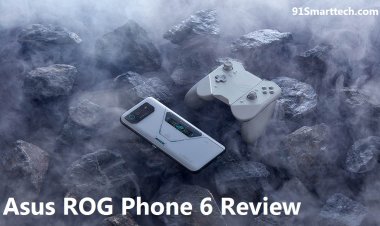 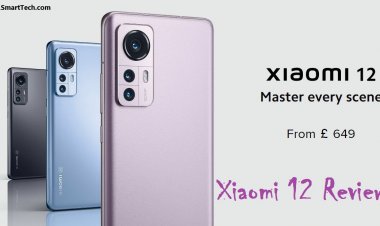